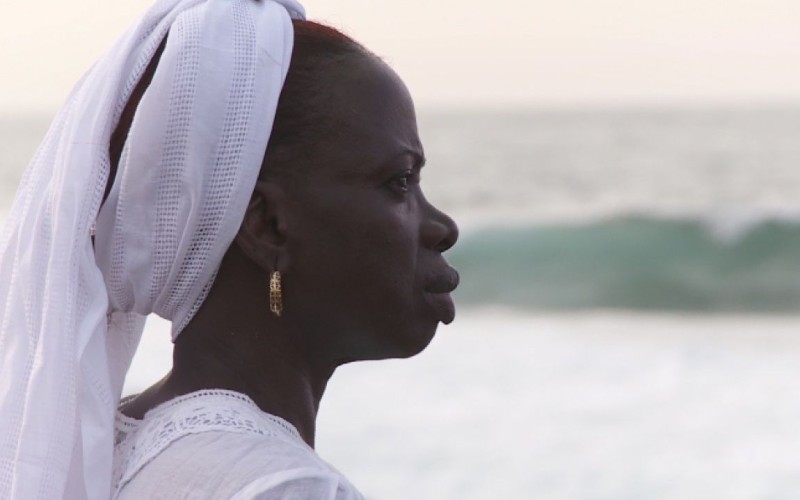 Ken Bugul is a Senegalese writer who lives in Africa, where her soul is anchored. She has had an exceptional life. Silvia Voser’s film shows her as an iconic figure of the female condition and of relationships between Africa and the West.

Ken Bugul is considered one of the most brilliant writers in Senegalese and French of these past decades. Over the years, thanks to her great command of the French language and the uncompromising care she takes with the wording of the meaning of Wolof vocabulary, her mother tongue, her novels have become absolute references in the realm of linguistic studies. "What you read in French in my novels is how we think and speak in Wolof in my village".

Ken Bugul’s personal story is overshadowed by Africa’s turbulent history. She was born in 1947 in an isolated village in Senegal, at that time a French colony. Her father was 85 years old and her mother left them before Ken turned five. This was a fundamental event in Ken Bugul’s life. In spite of lacking a mother’s love, she was full of energy and a yearning for freedom, and she received an exceptional education for a village girl of that time. In 1971, she left for Europe to go to university and there she met people from the upper middle class and discovered new ideologies and liberties, modern art, drugs, alcohol, loneliness, incomprehension and disdain, and prostitution to relieve her need for affection. As she says in "The Abandoned Baobab": "For twenty years all I had learned was their thoughts and their emotions. I thought I’d have fun with them, but I ended up even more frustrated. I identified with them, but they didn’t identify with me."

She came back to Senegal, a broken, lonely and penniless young woman. People thought she was crazy and she was rejected by her family and society. For two years, she slept in the streets of Dakar, hanging out with outcasts, beggars, prostitutes and artists. Dirty, hungry, almost naked, she started writing her first novel, "The Abandoned Baobab". Worn out, she decided to go back to her family. And there, in her mother’s village, she found refuge with the Serigne (marabout), a wise and much respected man. He took her as his 28th wife, enabling her to re-enter society, and he supported her in her desire to write and to be free.

He died in 1981, a year before the publication of her first novel, "The Abandoned Baobab", which was an immediate success. Ken Bugul was invited to present her book all over the world. She met a doctor from Benin, married him and moved to that country, where she gave birth to their daughter Yasmina. Her husband passed away four years later.

For the past thirty years, novel after novel, Ken Bugul has painted a picture of her life as a woman, of her loves, of the relationship between her continent and the West. "To write", she says, "is to dazzle the senses, and the senses are colourless."

Silvia Voser leads us gently into the secret, tormented world of an artist whose writings show an understanding of the world that is rarely achieved.