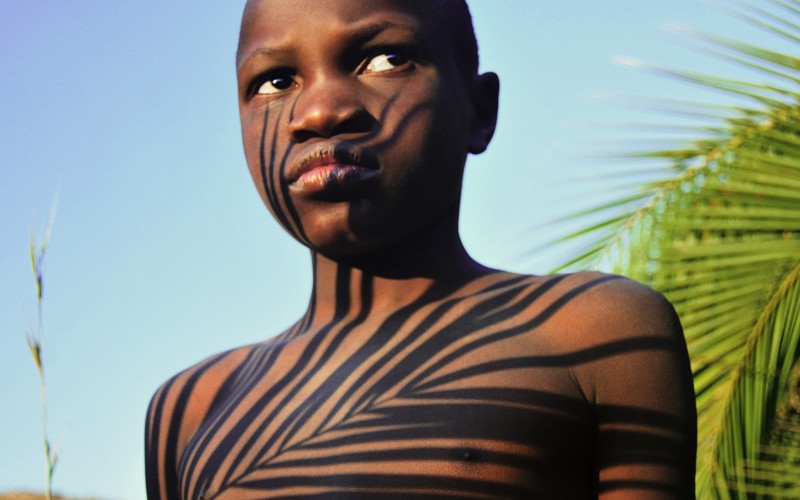 NEW:
You can now preview the film during 3 minutes before rental.

LIYANA is a story born in the imaginations of five orphaned children in the Kingdom of Swaziland. The film follows the children, Zweli, Sibusiso, Phumlani, Mkhuleko, and Nomcebo, as they collaborate to tell the original tale of Liyana, a fictional character whose early life bears remarkable similarities to their own. The world that the children imagine for Liyana is brought to life in an innovative style of animated artwork. This hybrid film weaves documentary scenes together with the animated adventure. LIYANA is executive produced by British-Zimbabwean actress, Thandie Newton, with artwork from rising Nigerian talent, Shofela Coker. Under the guidance of acclaimed South African storyteller, Gcina Mhlophe, the children transform their darkest memories and brightest dreams into fuel for their fairytale. After an idyllic early childhood, Liyana’s world is shattered when her father contracts HIV and both of her parents die. Inspired by a recent real-life robbery, the children decide that there will be a frightening attack at Liyana’s family homestead. In the aftermath of this terrible night, the girl and her trusty sidekick, the family bull, embark on a dangerous, beautiful, and often humorous quest into the wilderness. Hunger, wild animals, and treacherous terrain stand between Liyana and an uncertain fate. As our young storytellers move their fictional character forward through trial and temptation, we periodically return to intimate documentary scenes of the children’s lives in Swaziland - nightly rituals, herding cattle, and a trip to a local clinic for an HIV test. The children’s creative journey is echoed throughout the film by allegorical scenes of the group hiking down a steep ravine in search of a mysterious river. These intertwining narrative strands work together to draw connections between Liyana and the children. As the real and imagined worlds begin to converge the children must choose what kind of story they will tell - in fiction, and in their own lives.