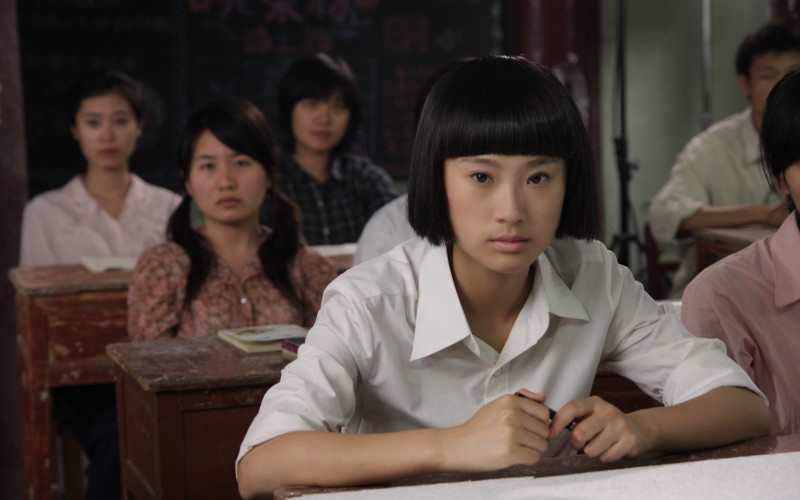 You can now preview the film during 3 minutes before rental.

Xiaoli, a 16 year old Shanghainese boy, has recently turned 16, in the summer of 1988. His life revolves around his one-room apartment in a beautiful brick house in the picturesque Shikumen neighborhood of Da Zhongli which he shares with his grandfather. Xiaoli's grandfather was brought up in this neighborhood, and was one of original owners of the houses, built in the 1930s by British architects. The houses were confiscated from their original owners by the government during the Cultural Revolution and made to share with lower-income families. Xiaoli's father died in prison during the Cultural Revolution and his mother immigrated to the United States in the hope of obtaining a green card for her and her son.

Xiaoli yearns to graduate from high school and open a photo shop as he is numbed by the routine of his life: his boring political education classes, his English study, the sternness of his grandfather and the lack of comforting parental figure. At the same time, he is wary of the idea of following in his mother's footsteps to America. His interest lies in his blossoming next door neighbor, a girl of twenty named Lanmi.

Lanmi failed her college entrance exams and works in the Shanghai no. 2 Toothbrush Factory. She lives in the adjacent apartment with her mother and step-father. She comes from a lower class income family and was relocated in Da Zhongli with her father and mother, before her father was sent off to labor prison were he also eventually died. Lanmi does not get along with her mother and stepfather and new born sibling, and yearns to get out of Da Zhongli, if only she could afford it.

She turns to Xiaoli for comfort, albeit of a different kind than Xiaoli is looking for. While Xiaoli looks at her for a mix of motherly figure and teenage lust, Lanmi plays with him. She flirts with him, arouses his senses, and yet has no interest in pursuing their relationship any further, thus giving false hopes to Xiaoli.

She starts leading a double life, one which Xiaoli does not even know exists. One day, as she is delivering toothbrushes to a hotel, she is hired to work there for one of the 'sisters'. To Xiaoli, her job oddly consists of going to dances or accompanying foreign businessmen, as Shanghai progressively opens up to foreigners, foreign exchange notes and coca-cola.

Xiaoli slowly becomes suspicious of Lanmi's new job yet gives her the benefit of the doubt. Until one day when Lanmi dispappears down south in search of a better life.

In Lanmi's absence, Xiaoli turns to Lili who is more of his age but never looses interest in his deviant neighbor. When Lanmi comes back two weeks later, the student demonstrations start monopolizing everyone's life in the spring of 1989. They offer new opportunities to Xiaoli and Lanmi, depending on how each one looks at the events. Xiaoli becomes absorbed by the new developments and slowly looses his naivesness about the country he is living in and his interest in his next door neighbour's Lanmi turns to drugs and alcohol as an escape to her everyday life. When the situation gets so bad that Xiaoli's grandfather urges Xiaoli to leave for America, Xiaoli agrees to and flees.

Unfortunately your browser does not allow cookies. Please change your cookie settings or use a different browser.